A TESTIMONIAL TO THE HEALING POWERS OF ARTISTRY HEALING

Have you ever been so depressed or in so much pain, you couldn’t even get out of bed as a feeling of hopelessness and dread drained your soul? When my best friend, Lorry, lost her daughter to a drug overdose, desperation wove our talents into an unlikely book Nimroddes: (Men): A Field Guide for Women and healed us both

About Us and Nimroddes (Men): The Field Guide

Lorry and I met in 1982. Lorry had two daughters the same age as mine, so we all became the best of friends. We cried, laughed, and rescued each other right from the start. During our friendship we moved to different locations, yet remained long distant friends as we shared the ebbs and flows of life over the phone.

Then, in 2007, a tragic event took place. Lorry lost her younger daughter to a drug overdose. My daughters lost their childhood friend, and Lorry's oldest daughter lost her little sister. The shock sent Lorry into a deep depression. I reached out to Lorry by phone, by cards, by email, but nothing worked and Lorry's depression worsened.

Lorry lived 402 miles away, and in 2008 I moved to Denver to be closer. Now I was close enough to visit Lorry on weekends, but I still couldn't pull my friend out of her depression. In 2012, I invited Lorry to accompany me on a work related trip. Along the way, we discussed our friendship and relationships we've been in, but Lorry was not herself, and the dark depression was always present.

We arrived at our destination, and that evening before I fell asleep, I asked myself a question, "How can Lorry and I have fun and help women? In the morning, I woke up with an idea. I would write a humorous book about men and relationships. I told Lorry about my idea, and how I thought I could write the book, but I wasn't an artist like her, so I wasn't sure how to solve that problem. Of course, as a way to help me, Lorry jumped right on board and offered to do the illustrations for the book. Lorry, a talented multi-media artist, had abandoned all creative endeavors since her daughter's death, so I knew my question had been answered. I attended my training, and by the end of our road trip, we had developed a timeline for me to write the book and for Lorry to illustrate it.

In the beginning, the proportions and the illustrations were a bit off, but Lorry continued to paint each day, sending me each painting as she finished it. Little by little the paintings improved, a direct reflection of Lorry’s healing. After Lorry had created thirty-six paintings for the book, she decided on a title of the book, Nimroddes: (Men) A Guide for Women, because it made her laugh. This left me with the task of making up a definition for the word Nimroddes.

Keeping with the fact and fantasy comically theme, I decided that Nimroddes was a generic term derived from the words nidus, meaning a point or location at which something originates or develops; man, meaning an adult male, and rod, meaning a measuring stick. Thus, Nimroddes is the all-encompassing category for what is currently referred to as the human male, which I explained all human females must interact with in order to measure their evolutionary progress. Given the books comical content, the explanation of the term seemed to fit.

Once the book was finished Lorry’s artistic talents had brought Lorry out of her depression and back to her life of creative bliss, providing us both with the closure we needed to move beyond a dark time in our lives.

It’s funny how things work out. The book helped me too. As I wrote the book, I began to look at my own relationships with the opposite sex in a non-judgmental way. I began to discover the healing power of humor and to use my creativity to fully understand why terrible things happen in the world. I realized the things that happen to me do not define me or what I am to become. Writing the book forced me to examine portions of my life, learn to laugh at many of my life experiences, and discover how art in various forms ignites a miraculous energy that can alleviate fear and pain, overcome limitations, and inspire hope. I hope it does the same for you.

A Testimonial to the Power of the Arts

Wishing you the best always, LaRonna and Lorry.

Have you ever felt like things were left unfinished?

Writing Nimroddes (Men) The Field Guide caused me to take a serious look at how my failed relationships, may have actually been my saving grace, but I had only touched upon the tip of the iceberg. It was time to fully deal with my dis-empowering beliefs, which led to  writing Men The Field Guide and loving myself. 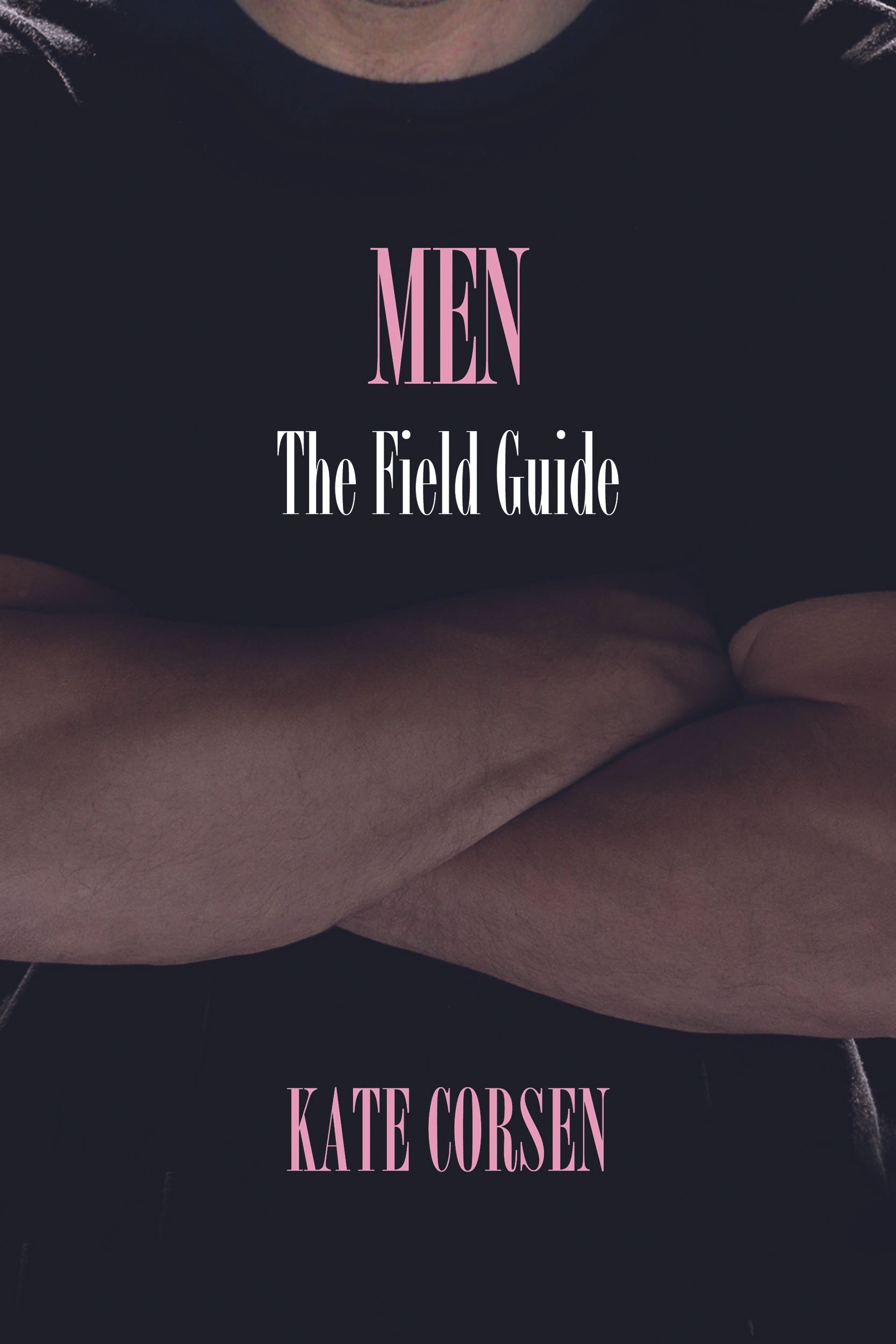 HOW REFLECTION CAN OVERCOME AND POWERUP YOUR LIFE

Being brutally honest with yourself, reflecting on your experiences and sharing what you've learned from uncomfortable relationships, becomes even more empowering when you decide to  rewrite the past with a sense of humor, under a pseudo name, of course.

About Men The Field Guide - One Woman's Journey

Our Perceptions Either OverPower or EmPower Us

Based on my upbringing, I believed I was unlovable.

My father left my mother when I was born, and throughout my life my mother blamed me. After I was born, we moved into my mother’s parents’ home, which was across from the state orphanage.

Since the time I can remember until the age of six, my mother told me every day that she was going to drop me off at the orphanage because nobody wanted me, and a couple of times she tried to kill me when we were alone.

A month after my sixth birthday, my mother married my stepfather, and my life got worse. I have only two memories from that time. The day my mother cut off all contact with my grandparents, and the first day my mother left me alone with my stepfather and went to work. That day, he told me to go to bed. That year I failed first grade. I have no other memories of my life between the years 6 through 14.

When I was 14, we moved into a two-story ranch style home, and my stepfather banished me to the basement, which he referred to as my hole. I have memories of this time. My stepfather, a violent and abusive manic depressive  abused me, while my mother pretended it wasn’t happening. I wasn’t allowed to have contact with anyone from the outside world, except to go to school and work.

At 14, my stepfather allowed me to get a job as bus girl at a restaurant within walking distance of our home, so I could purchase clothes and pay my own expenses. And continued to remind me that I was not part of his family, which consisted of my mother and my two step brothers. During this time, I started to draw, sing, and to write stories about a girl that was living the life I wish I could live.

By 16 I had worked my way up to a waitress, and had decided that  the abuse at home had become too much and too frequent. On a Saturday, while the family upstairs went to a movie or shopping, I left with a suitcase full of clothes and my story of the girl with the loving relationship and happy family.

I couch surfed, slept in the park, and saved enough money to get my own apartment. It amazes me to this day that someone rented a sixteen year old an apartment. I continued to work at the restaurant and attend school everyday because my mother had also told me I'd never be good for anything.  It was important to me to graduate high school.

Upon graduation, I was in one abusive relationship after another, and I had two daughters from two different husbands. But there was always one constant. I continued to draw, sing and write about the girl who had a loving relationship and happy family.

It wasn't until I decided to take a deep look into why I seemed to be so desperate for someone to love me. While writing the book , which I had convinced myself was to save Lorry, I  had reflected upon a few of my failed attempts to find love. After its completion. I occupied my time writing a musical, which Lorry and I performed for a short while.

The book Nimroddes: A Guide for Women had brought Lorry out of her depression and back to her journey of creative bliss, providing us both with the closure we needed to move beyond a dark time in our lives.

But, I was still feeling unlovable. That's when I took a serious look at how my lack of finding Mr Right had actually been my saving grace. During every failed relationship, I had became stronger and learned something about myself. I had learned to use humor and creativity to view things differently, and I learned to fully love myself and appreciate my life's journey.

Men The Field Guide is an examination of 78 different relationships and one woman's discovery of how humor helped her to heal the past and ignite her human spirit.